This video was created in order to spread awareness of the campaign against GMOs (Genetically Modified Organisms) and Encourage Others to Join the MARCH AGAINST MONSANTO on MAY 25TH, 2013 EVERYWHERE.

Join the march against monsanto: https://www.facebook.com/MarchAgainstMonstanto?group_id=0
Find an event in your own city: http://bit.ly/ZTDsk8 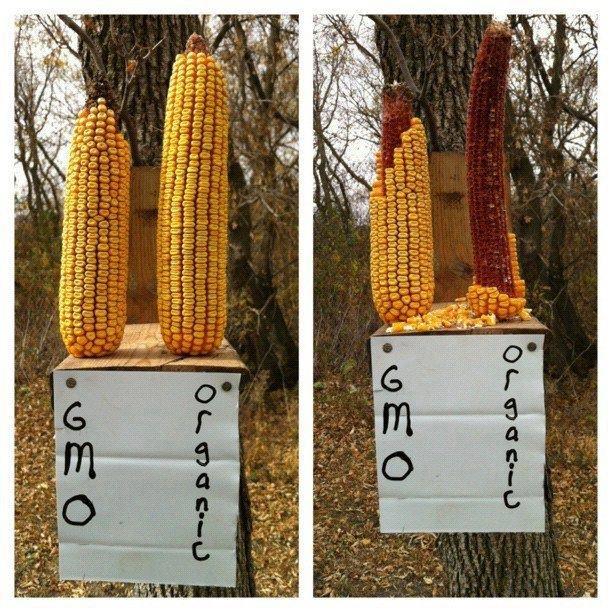 This section is dedicated to making the public more aware of the adverse health and environmental consequences of recombinant DNA technologies when applied to food production.

Our database contains two relevant sections on genetically modified foods: 1) research “nodes,” which include the problematic action “genetically modified organisms,” as well as keyword sections such as “gmo’s and horizontal gene transfer,” all of which consist of bundled abstracts of studies from peer-reviewed and published scientific journals (NLM sourced). 2) Op-ed articles written about the research contained with the first section described.

The goal of our research project is to index, organize and disseminate the often under-reported and/or minimized research on the unintended and adverse effects of genetic modification.

Key: CK(#) = Cumulative Knowledge, a measure of evidence quality or strength  AC(#) = Article Count, the number of articles that have accumulated on the topic thus far.

Lethality of Roundup ‘Weedkiller’ Extends Beyond Plants To Humans, Study Suggests
Written by Sayer Ji, Founder
A shocking new study finds that glyphosate, the active ingredient in Roundup herbicide, “…may be the most biologically disruptive chemical in our environment,” capable of contributing to a wide range of fatal human diseases.

GM Wheat May Damage Human Genetics Permanently
Written by Heidi Stevenson
The Australian government, in the form of its science research arm, is joining Agribusiness profiteering by designing a GM wheat that could kill people who eat it & be inherited by their children.

Is GMO Farming Poisoning The World’s Drinking Water?
Written by Sayer Ji, Founder
GMO farming practices heavily dependent upon glyphosate herbicide formulations such as Roundup have serious, unintended adverse effects on human and environmental health. New research indicates glyphosate does not break down rapidly, as the manufacturer claimed, but is accumulating in the groundwater -the source for most of the world’s drinking water.

How GMO Farming and Food Is Making Our Gut Flora UNFRIENDLY
Written by Sayer Ji, Founder
Two studies published in the past six months reveal a disturbing finding: glyphosate-based herbicide formulations such as Roundup® suppress the growth of beneficial gut bacteria and lead to the overgrowth of harmful ones.

India Signals It Is Rearing To Kick Monsanto Out!
Written by Sayer Ji, Founder
An Indian high-profile parliamentary panel has recommended that GM crop “field trails under any garb should be discontinued forthwith,” and that further GM agricultural research should “only be done under strict containment.”

Surprise! Monsanto-Funded Research Finds Their Products Safe
Written by Sayer Ji, Founder
It appears that corporations such as Monsanto can special order “research” from susceptible researchers and/or research institutions and use peer-reviewed journals to transform their propaganda into seemingly legitimate scientific opinion.

Un-Earthed: Is Monsanto’s Glyphosate Destroying The Soil?
Written by Sayer Ji, Founder
2011-2012 have been watershed years, as far as scientific revelations into the nature and extent of the damage associated with glyphosate herbicide usage and exposure is concerned. But new findings indicate the problem may be far worse than previously understood. The very soil, the foundation for the entire food chain upon which we depend, may be at risk of irreversible adverse changes.

New Study Finds GM Corn and Roundup Causes Cancer In Rats
Written by Sayer Ji, Founder
In an alarming new study published in the journal Food and Chemical Toxicology, researchers from CRIIGEN reported on the results of a 2 year feeding study in rats given either NK603 Roundup-tolerant genetically modified maize, cultivated with or without Roundup, and Roundup alone, resulting in cancer and death.

Research: Roundup Herbicide Toxicity Vastly Underestimated
Written by Sayer Ji, Founder
Herbicides used in GM farming like Roundup have long been understood to be toxic, that much is true, but the ongoing debate rages over to what degree they are toxic. Shocking research indicates that the so-called “inert” ingredients in these glyphosate formulations are actually highly toxic, and amplify the toxicity of the active ingredient.

The Defeat of Prop 37 Means Go Back To Voting With Your Fork
Written by Sayer Ji, Founder
While many of us are disappointed with the results of the CA proposition 37 ballot initiative, to say the least, the political process is so corrupted with unlimited corporate spending that the real surprise for me would have been if it had passed.