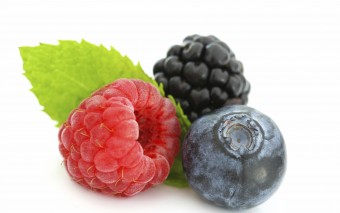 Are you looking for ways to add cancer fighting foods to your diet? These 9 examples will get you started on the right path! A new study from the University of Michigan showed that mice who were given sulforaphane – a compound found in broccoli – showed that it targeted cancer stem cells directly. Compared with other cruciferous vegetables like cauliflower, cabbage and kale, broccoli is the only with that contains significant amounts of sulforaphane.

Garlic has long been hailed for it’s anti-cancer properties. It contains immune-supporting allium compounds that support the body in fighting cancer cells. The Iowa Women’s Health Study showed that garlic led in women’s diet led to a 50% lower risk of some colon cancers.

Research shows that turmeric can inhibit the growth and expansion of tumors. It can inhibit the inflammation inducing production of the enzyme cyclo-oxygenase 2 (COX-2) which leads to cancers such as bowel and colon cancer. The active and powerful ingredient curcumin is found in turmeric and contributes to its powerful benefits.

Green tea contains antioxidants known as catechins which can prevent cancer cells from multiplying. A study in the Journal of Cellular Biochemistry showed that these types of catechins protect against a variety of cancers.

The phytoesterols found in walnuts have been linked with the blocking of estrogen receptors in breast cancer cells. Avacados are filled with glutathione, which is an antioxidant that goes after free radicals in the body. They’ve even been shown to be useful in treating viral hepatitis which is a cause for liver cancer. Tomatoes contain a significant amount of lycopene, which is a cartenoid that helps give tomatoes a red color. A study in Nutrition and Cancer found that lycopene can stop endometrial cancer cell growth! Considering that endometrial cancer causes over 8,000 deaths per year this finding is very important!

Beans increase the fatty acid butyrate. In large doses this has protective effects against cancer growth. A study from University of Michigan showed that in rats, black and navy beans reduced colon cancer significantly.